Simply put, mothers like Maya DiMeo and I are forced to be fierce. Our tender mother-hearts turn from timid to courageous lion-hearts. Our roars routinely herald our arrival in the hallways of schools and countless meetings. Our once polished nails click like claws on laptop keys punching pushy emails to doctors, teachers, and therapists.

Watching the first episode of Speechless on ABC’ about a family eerily similar to my own, was like seeing the past from a train, riding backwards through our past. Chaotic scenes framed through the TV window of old, beat-up vans racing to get the kids to school on time and settling for the cheapest place to live in the best school district. Scenes like those of the paraprofessionals who sometimes start rough but soon become the lifeblood of safety, opportunity, and the the bridge between the family and the institution.

Am I pushy, caustic, frantic yet focused, a laser able to burn through bureaucracies leaving them dazed and confused? Was I like Maya, struggling to balance the needs of a husband, a child with special needs and other children who could be easily lost as I wheeled through the demands of each day?

While capable of all of that, I am most often described by others as intimidating, unreasonable, tenacious as a pitbull, and a velvet hammer (my personal favorite). Not quite as fun and quirky in person as Maya is on TV.

The first time I was handed this moniker was by Cliff D, another parent, legislator and fellow advocate. He announced it as though I was being given an award; The Velvet Hammer. I may come off as soft, plush, and smooth but tell me even once that my kid “can’t this”or “can’t that” and I become strengthened steel, unyielding, able to break through barriers and closed minds.

I do remember the year when I learned to let go, just a little, of my fear and rage. Mikelle, my daughter, was in the second grade at Bromwell Elementary School the ‘crown jewel’ of elementary schools in Denver. The principal, Mr. Monica, was well-educated and handsome enough to be on the cover of GQ magazine. He completely supported our maiden voyage into inclusion as Mikelle was the first non-verbal student to attend this wealthy school. This school, at the time, served as the centered -based school for kids who were physically disabled but still verbal. Initially the special ed director wanted MIkelle to attend another school for children who were not thought to benefit from academics.

While in second grade, Mikelle learned to speak with the aid of technology. Among the first of our state, she found her voice in a device known as Minspeak, an icon based communication device developed for the likes of Stephen Hawking, whom Mikelle has since met. It was then assumed that since she could “speak” she could learn. The district provided access to the device for 90 days, then she was proclaimed ‘capable’ and they took it away leaving her simply speechless.

For the last eight years up to this point I had been a lioness, raising every cent to pay for wheelchairs, therapy not covered by insurance, and now technology she needed to be included. I would continue to see that she would not go without - ever. Our voices would be heard. I just learned I have more than tool (my roar) in my repertoire.

The Ladies at the Kitchen Table are #1 on Amazon! 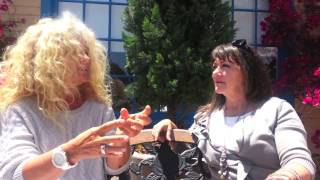 My Interview with Viki King, Author of How to Write a Movie in 21 Days, Part 1

The Ladies at the Kitchen Table are #1 on Amazon! 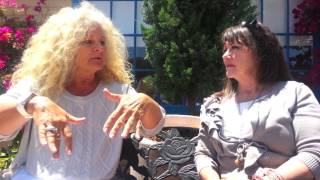 Part Two of My Interview with Viki King

Where in the Special Needs Parenting Handbook is the Chapter on Laundry? 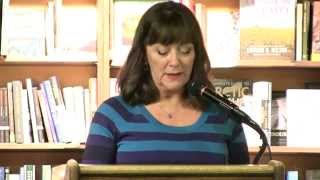 You Bring Out the Tobago in Me

My Interview with Viki King, Author of How to Write a Movie in 21 Days, Part 1